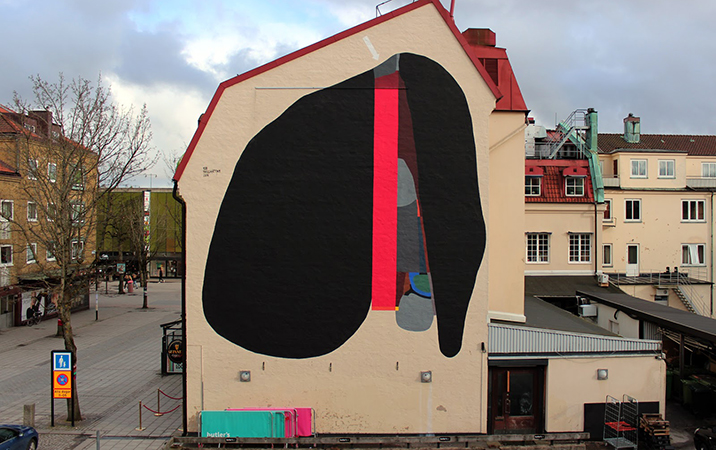 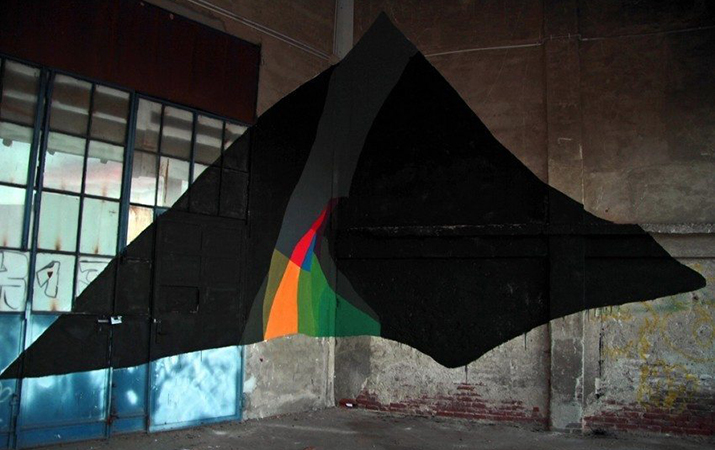 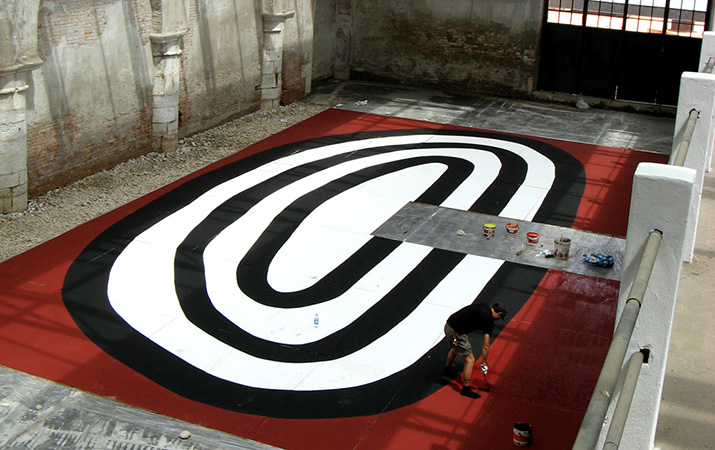 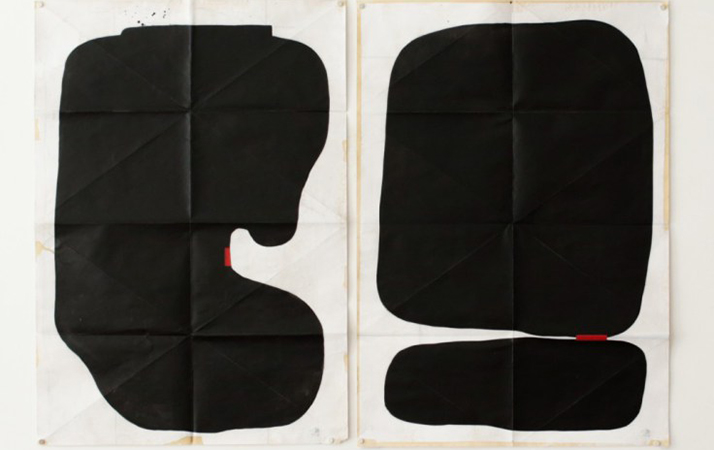 108 (Guido Bisagni) was born in Alessandria in 1978. At the end of the 90s he evolved both formally and conceptually becoming one of the first european post-graffiti artists working with abstract forms, large paintings and mysterious figures that invade abandoned spaces. He was the first writer to use numbers for his own signature. His goal is to create a visual chaos, also through 3D objects, sound and installations.

He joined international exhibitions, festival and performances, and his work has appeared on the streets of Milan, Paris, London, Berlin, New York City, San Francisco.