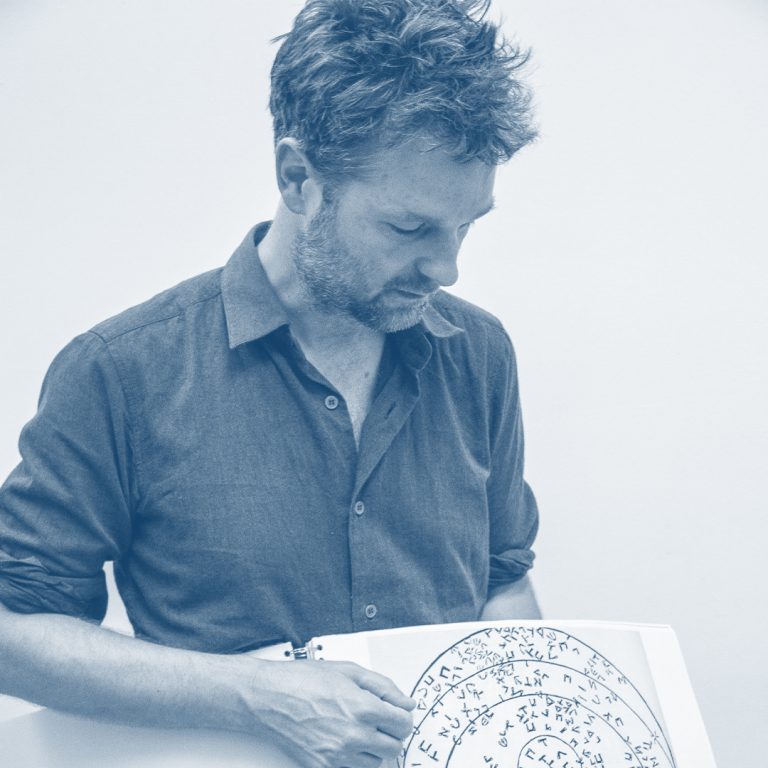 Richard Niessen (1972) graduated from the Gerrit Rietveld Academy in 1996. As a graphic designer, he is known for his colorful posters and expressive typography, innovative identities and his collaborations with other artists. In 2007 he created ‘TM-City’, his famous traveling retrospective. In 2014 he expanded this overview with the book and installation ‘A Hermetic Compendium’’, a portfolio of 26 richly layered designs.

Fundamental elements in Richard Niessen’s practice are both the metaphor of building and the analogy with architecture, as well as the creation of a common place, an open playground of exchange through graphic design.

Besides working in commission he initiates his autonomous projects like ‘Based on Bas Oudt’, ‘1:1:1’ or ‘Jack’. Richard Niessen started ‘The Palace of Typographic Masonry’ in 2015, a project which brings together experiment, research, connection with other disciplines and the embedding of graphic design in broader cultural history.

Amsterdam’s Stedelijk Museum wrote about Niessen, “By stacking and ordering typographic elements, he creates interweaving linear patterns that have virtually no equivalent anywhere else in the Dutch graphic design field.”

Practicing as an artist and designer, Niessen has conducted workshops with students and designers around the world, and he has lectured and exhibited his work widely.